Raised on a hill over the Mirna River Valley, Buzet is a medieval town which dominates the Central Istrian landscape. Widely-famed as the “City of Truffles”, a peculiar bulb-like treasure of the Istrian earth, to which autumns are dedicated in Istria and Buzet.

Prehistoric remains found at Golupska jama, Podrebarska špilja caves and other caves tell us that Buzet has been inhabited since ancient times. It was ruled by many – the Illyrians, who started building settlements on hilltops, enclosed with stone walls; the Romans, who named it Pinguentum. The Byzantine Empire, the Aquillian Patriarchy, the Venetian and the Austrian rule followed.

Slightly leaning southwards, the old town of Buzet has two town gates, Vela (large) and Mala (small), four squares, connected by three main streets – the square on which the Parish church is situated is carved in natural stone. The heart of the town was an old well with baroque ornaments, situated in the town’s central square. Apart from water supply, the well was a central place for gatherings and socialising.

The story of Buzet and its history is laced with tales and legends about mighty rulers and their wars, proud castles, stone inscriptions, towers and ramparts. Never shutting its stone arch at the entrance of the old town, Buzet has for centuries been telling all sorts of travellers its story. Due to its history, but also to its divine gastronomy, Buzet is a favourite destination for lovers of fine food and supreme wine. It is widely-known as the “City of Truffles”, whose hunting grounds are situated in the very forests of the Mirna River Valley. In September, when the season of hunting for white truffles begins, an inviting and intense smell of truffles lingers around Buzet – a large “fritaja” is being prepared, using over 2,000 eggs and 10 kg of truffles. This great feast is called “Subotina”, a day when the old town of Buzet’s centre livens up and turns into a stage where a unique show is staged – a return to the 19th century and acquaintance with the life of the old Buzet.

A small town on a velvety hill, girded by mighty stone walls and spiced up with the autochthonous Istrian gastronomy, will reveal to you all the secrets of this area’s enjoyment. 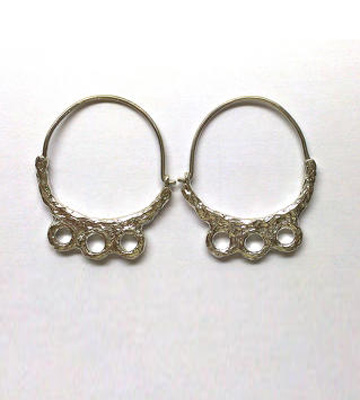 BUZET EARRING
Round and decorated with three small loops, a bronze earring dating from the 7th and the 8th centuries is also known as Buzet earring. In the 21st century, this small bronze earring has obtained its silver replica, thus becoming an original Buzet souvenir! 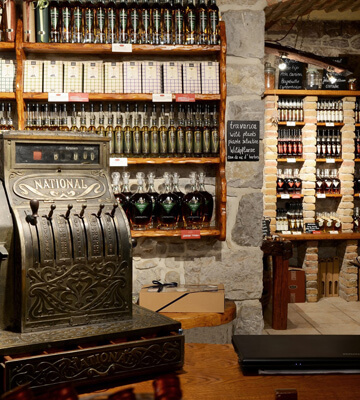 AURA DISTILLERY
You can see how brandies are distilled, labelled and bottled at a former Buzet old wine cellar, which has been turned into an attractive distillery of the Aura Istrian brandies. With the traditional pomace, mistletoe and herb brandy "biska", honey brandy "medica" and teranino liqueur, Aura also produces brandies of different wild-growing plants from the Mount Ćićarija, as well as home-made marmalades, made using old-fashioned traditional methods. 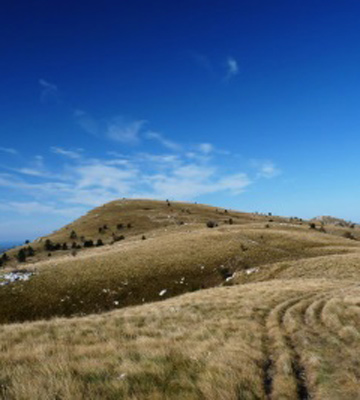 ŽBEVNICA
A prominent hill in the west part of the Mount Ćićarije has special allure in the world of mountaineering. Ideal for all mountaineers, amateurs, recreationalists, but also for families pining for adrenaline hiking, Žbevnica represents a real natural botanical garden.